The Surrogate series is an exploration of visual narrative. I use one or two main characters, dolls that date from the mid 20th century, and place her in media res. Her situations are, alternately, precarious, poignant, and fraught. She is archetypal, the main character in a fairy tale who has an overwhelming task before her. She encounters various figures that both hinder and help. I use large and medium format film cameras, then scan and print digitally. 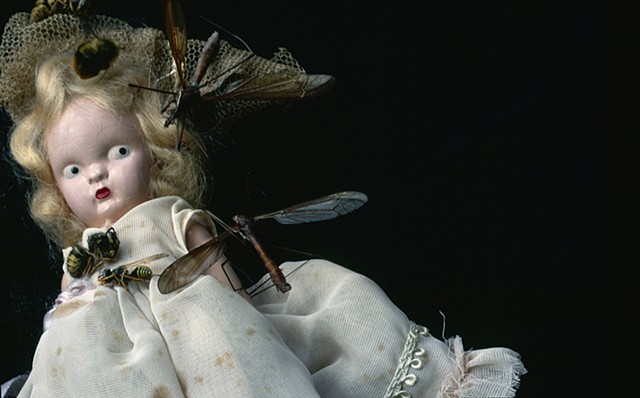 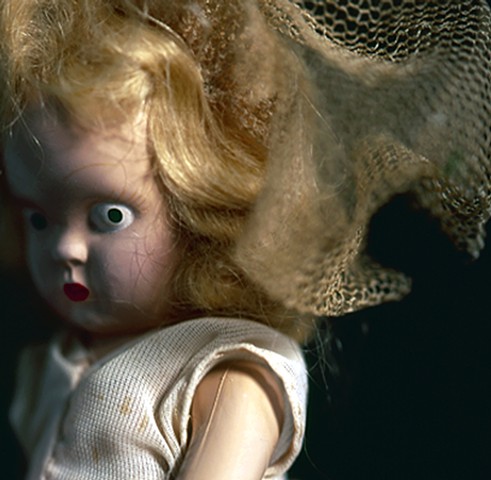 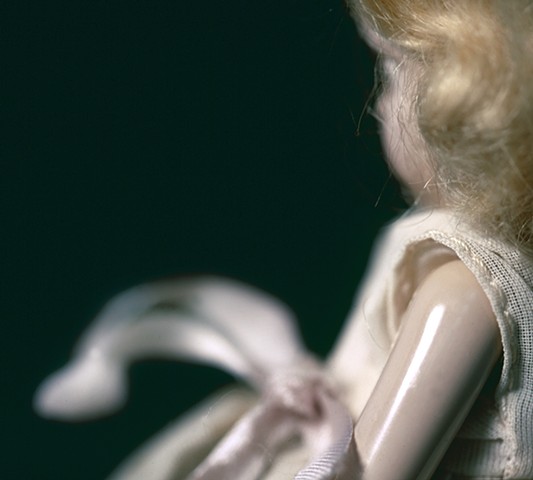 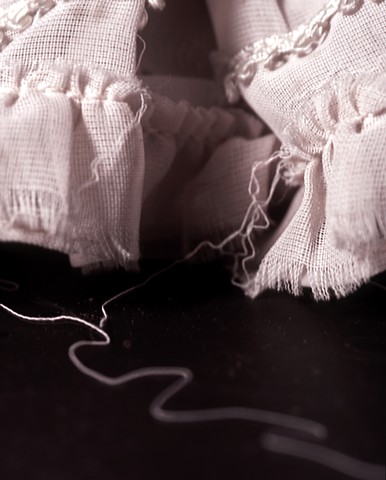 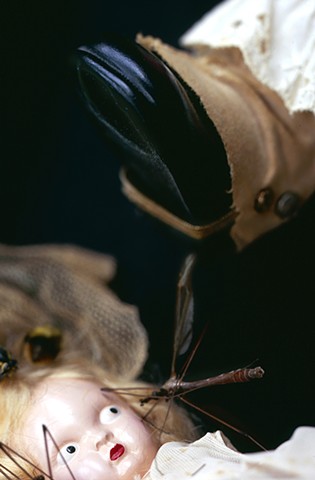 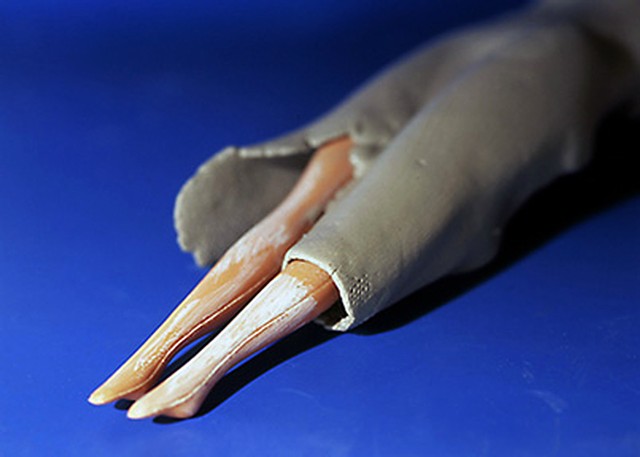 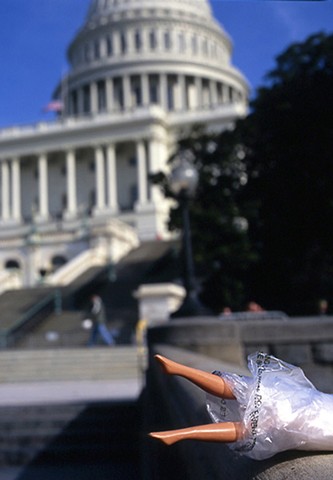